Last week, I saw an ad online for a sectional couch.  The ad stated that it was brand new 6 months ago and he just needed something smaller.  I asked if he could hold it until the weekend and John and I set out to pick up this couch.

Get the couch home and it was beautiful.  No wear and tear and the seller's claim to be new 6 months ago seemed to be accurate, it truly was a beautiful couch.  The kids loved the couch, the cushions were like a bean bag on top and they would find their cozy spot and watch tv.

The next day, the house smelled like cigarette smoke.  With Connor's allergies and John's asthma issues, I knew that this couch was going to be an issue.  I scoured all over Google to find a solution to get cigarette smoke out of upholstery.   Found a commercial grade odor remover at Lowe's and sprayed the couch.  Lysol'd the house, Febreeze'd the carpets...and it still stunk.

I was sick to my stomach that we were just out this money, knowing that nobody would want to buy it once they smelled the stink.

This morning, I thought, Honesty is the best policy.  I posted an ad on Craigslist looking for a smoker who is looking for a couch.  In about 3 minutes, my phone was ringing and a lady really wanted to buy it.  She called back and said she has rented a truck and will be over to pick it up.

I was able to re-coup the money that was put out for this couch.  I really wish that the original seller would have been up-front and stated that he was a smoker on his ad- he surely would have been able to sell it.  Instead he sprayed Febreeze all over it hoping that I wouldn't notice the stink.

Here is my beauty that I have to give up... 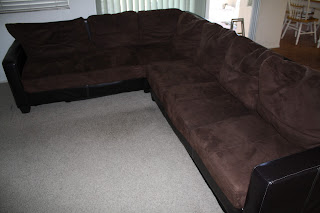 Be honest!  Treat others the way you want to be treated!


Posted by Lisa Chapman at 2:42 PM No comments:

Training for a 5K

I am following an app called Couch25K.  It is a 9 week program that can take a couch potato like me and turn me into a runner.  Ha ha.  It started out walk 5 minutes, jog 1 minute, walk 3 minutes, jog 1 minute, etc. Now, I am on week 5 and this has proven to be the toughest for me.  I have run for 5 minute intervals and then this morning 8 minute intervals.  The next one is to jog for an entire 20 minutes.  It has me nervous only because I have runners ADD or any exercise for that matter.  Even with music on my i pod and the tv at the gym, I find it hard to focus and catch myself counting the minutes.

Anyway, there is a 5K by my house in November that I really want to run.  We'll see how it goes...
Posted by Lisa Chapman at 11:48 AM No comments: 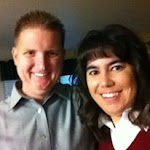